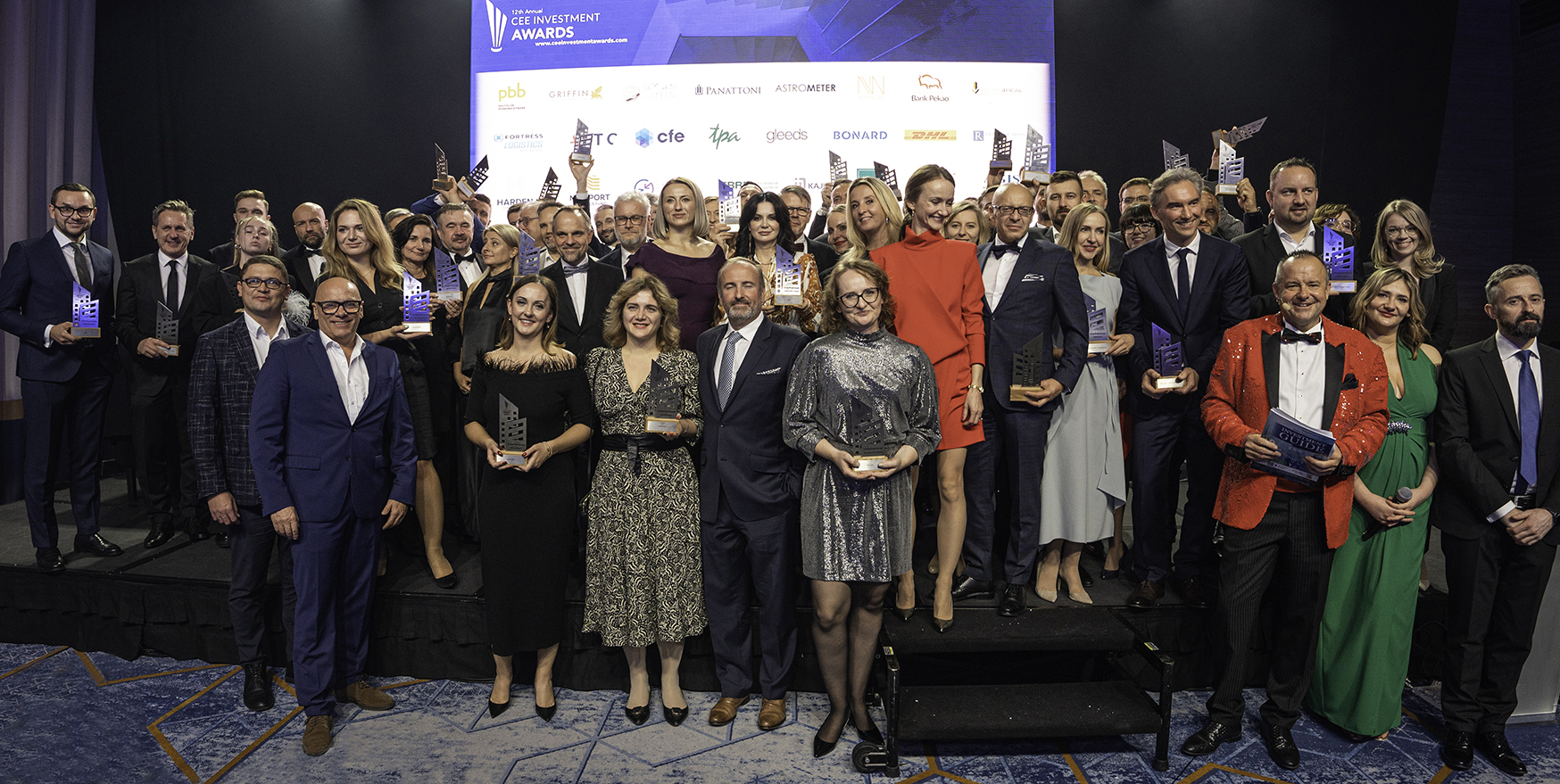 EuropaProperty has successfully completed its 12th annual CEE Investment Awards at the Intercontinental Hotel in Warsaw, Poland. The awards ceremony was once again witnessed by a sizeable group of senior European and Central European real estate professionals; affirming the event’s status as a true landmark event for the investment sector.

Griffin Capital Partners picked up a couple of the main investment accolades including Opportunistic Investor and the coveted PRS Investor award. Some of the company’s yearly highlights included advising EPP on the sale of a 70 percent share of Towarowa 22 in Warsaw to AFI Europe. On the logistics side, the company’s logistics platform ELI sold the Nexus portfolio to CBRE Investment Management.

Revetas Capital was recognised by the jury for its successful multi-asset investment strategy in the region. The investor collected two awards including Retail and Value-add Investor. Union Investment picked up the Office Investor award, and one noticeable deal closed by the company was the acquisition of the Szervita Square building in Budapest.

Savills Investment Management collected the Investment Deal award in the category €100 million + category for its acquisition of a couple of Invesco Real Estate’s logistic properties outside of Warsaw. In the Mega Deal category, Google and Ghelamco were awarded for their record-breaking single-asset transaction of the Warsaw Hub development in the Polish capital.

Fortress REIT was recognised as a CORE and Warehouse Investor for its acquisition and development strategy throughout the region. Investment recognition also went to CBRE Investment Management as Investment Asset Management Firm.

Capital Park Group’s Kinga Nowakowska was named this year’s Industry Professional. The jury appreciated her professionalism and dedication in bringing the highly appreciated mixed-use Norblin development to realization in Warsaw. Another personal award was handed out to Gleeds’ retiring Managing Director Tadeusz Jachowicz for Lifetime achievement.

The Rising Star Award was presented to Solida Capital, a newcomer to the region, specialising in opportunistic investments. The company also received the Investment Deal award in the €20-50 million category for its acquisition of West 4 Business Hub in Wroclaw, a growing secondary location in Poland.

In the Investment Deal category €50-100 million Macquarie Asset Management’s acquisition of the Żabka BTS Radzymin development was voted the best. Żabka and developer 7R also collected the Warehouse Development of the Year award for the same BTS distribution centre near Warsaw.

Widok Towers in Warsaw was voted Office Project of the Year. The recently developed office complex was deemed by the Jurors to be the best example of a leading Class A office development as well as accentuating the strength of Poland’s office market. Other developments recognised by the awards included the completely refurbished Norblin by Capital Park Group in Poland.

HB Reavis, a leading real estate development and investment company operating in CEE and focusing on the development of large-scale commercial projects, took the Office Developer of the Year award, after being recognised by the Jury for its continued successful sustainable-development model across the region.

ESG is now at the forefront of development principles and is an important topic today. In this way, the challenges to the development and investment industry and the implementation of such principles were taken into consideration when deciding on the winning projects.

Panattoni was once again recognised as Warehouse Developer for its outstanding development expansion across the region and beyond. Echo Investment was awarded Residential Developer of the Year. The jury recognised the company’s growing Resi4Rent Platform in Poland.

Bank PEKAO was voted this year’s Bank of the Year. The specialist bank was recognised for its core business of lending and the important role it plays in supplying credit to the real estate industry in these most challenging times.

Other industry winners included Greenberg as Law Firm, Kajima as Construction Firm and Strabag Property and Facility Services for Facility Management Firm. Lodz picked up the City of the Year award.

E-commerce growth, innovation and success were highlighted in the E-commerce category which was won by the online fashion platform Zalando.

On behalf of our sponsors, judges and attendees, we offer our congratulations to all the winners. Foundations are already in place for next year’s event, which promises to be even better.

Category: Professional of the Year

For further information about sponsoring, nominating, tickets or attending, please fill in the contact form & submit or email us directly:

Please check the accommodation offer prepared by the Intercontinental Hotel Warsaw in the link below: